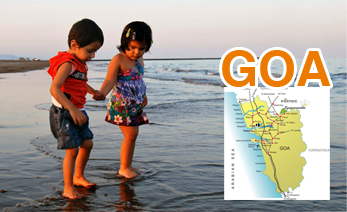 February 25th to 28th 2017 would be happening days in Goa, get ready to experience the winter carnival. There would be colourful floating parades and traditional set up of around 18th century. It came into being since the Portuguese ruled in Goa.

The vibrant colors of parades spread over the cities and suburbs with different colors of each place decorated with its own beauty, looks majestic. The dances and evening partying is the added flavour of the celebrations held in the carnival. The final day's festivities end with the popular red-and-black dance which is held by the Clube Nacional (Panjim). This floating parade holds a great significance and is being organised by the State Tourism Department. This carnival is all about feasting, drinking, merry making bacchanal, which will form an extravaganza of four days. The main cities of Goa, Panjim, Vasco, Mapusa and Margao will be colored in the best of the shades in these days.

There would be no haphazard, which follows carnivals usually, there are various guidelines drawn for the regular and non-chaotic conduct for the festivities.

It is a marked celebration, a unitary flow of energy held before the 40 days of Lent. Lent as we all know is the time of asceticism and mysticism. This festivity is an exclusive event which is truly unique to Goa.

The tradition has manifold effects on almost all religions, even though primarily it was a Christian event, but eventually with time, even Hindus residing in those areas enjoy a great deal of this extravaganza. The various western dance forms, musical troops-trumpets are the major attraction of the carnival.

#Ask your travel agent to fly you to Goa on these dates and make all arrangements, We bet it would be a lifetime experience!

We have Unique Way to Build Up Travel Technology. Delivering the best of it!